My brother and I have big and small conflicts. Sometimes, my brother and I are good like a person. When we say that fighting, we will be irreconcilable. My mother says that we are a pair of "happy enemies". We fight and make noise every day.

Today, I was concentrating on my homework. My brother picked up his pencil and drew on my homework. I yelled at him, "what are you doing? I've dirtied my homework.". The younger brother runs to his mother in desperation, and then he starts to cry loudly. I also run to my mother, pouting my mouth, like a proud princess, telling him what I told him. He gets angry, grabs and scratches on me, killing me! I get angry, and grabs and scratches on him. My mother sees that we are fighting. Hurry to fight us Pull open.

The younger brother was so angry that he puffed up his cheeks. His face was overcast and gray. He put on an unnatural look and said that he was not afraid. He seemed to be growing up. His mother would protect him. My younger brother and I would make noise every day. Small things would make conflicts and catch up with the common food. 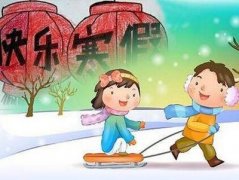 过年了，我到姐姐家做客，姐姐家有一只可爱的小猫叫：咪咪，它有一身雪白雪白的毛，一双蓝眼睛特别有神，身体后面有一条毛绒绒的尾巴非常可爱。 New years day, I went to my sisters house for a…

今天中午，姥爷做了一顿香喷喷的菜，有红烧肉，有鱼香肉丝，有西红柿炒鸡蛋咦!怎么还有胡萝卜，知道我张婧怡最讨厌吃胡萝卜，还做胡萝卜，哼，做了我也不吃! Today, at noon, grandpa made a…

我家的阳台上种上了我和妈妈都很爱车的西红柿。 My balcony is planted with tomatoes that my mother and I both love cars. 在夏天快要到来的时候，，西红柿的芽儿已长成了小树，金黄的六瓣花儿争先恐后地绽…